Cream of tartar is a harmless and safe additive which primarily is used as an acid in different ways. For example:

The most common use of cream of tartar is actually number 2: stabilizing whipped egg whites in cake recipes that use the egg white and yolk separately.

People often ask: is it necessary to add cream of tartar in a cake recipe?

Egg white is alkaline, so whipped egg white usually has a tint of yellow color with a slight soap taste. Cream of tartar can correct both of these problems.

Since a cake has many ingredients other than egg white, alkalinity is not such a big problem once everything has combined. Cream of tartar is not critical here. Based on my experience, cream of tartar should be used when making angel food cake because it contains high ratio of egg white but no egg yolks or other types of fat. Without cream of tartar, the cake just simply tastes off. Other cakes usually don’t have this kind of problem when cream of tartar is left out.

Cream of tartar is safe to consume and the amount needed in a recipe is minimum. For example, less than a teaspoon (3.2 g) is typically added to a cake. If the recipe calls for it, feel free to use it.

Regarding usage number 5, cream of tartar can make the steamed buns and baozi whiter. Again, lemon juice and white vinegar can do the same. In my early days of teaching, I often used vinegar to whiten the steamed buns/baozi when students complained about the yellow color.

Homemade steamed buns/baozi usually have wrinkly surface because the dough isn’t pressed with a pasta press, dough isn’t rounded to shape properly, dough is overly fermented, the steam is too strong during steaming, or the steaming baskets are fitted too tightly.

People usually complain wrinkly steamed bun/baozi look yellowish but once the surface is smooth and shiny, the color is overlooked and becomes very natural.

Note: an acid usually is capable of whitening the food and a base (alkaline) can darken the appearance of food. The acidity and alkalinity in our discussion refer to the natural taste of food. Most food is usually acidic while egg white, thousand-year-old egg, and baking soda are alkaline (noodles and other starchy products with potassium carbonate added are also alkaline).

We will not discuss how food after being metabolized will affect blood’s pH value. For example, an orange contains acid is actually an alkaline food.

Baking soda is a weak base. It has two major uses in cooking:

Experienced bakers have discovered that baking soda only has leavening power when it is used with an acidic ingredient like yogurt, lemon/orange juice, brown sugar, or honey. If there isn’t an acidic ingredient in the recipe, you can add a couple of tablespoons of white vinegar. Otherwise, the unreactive baking soda will not lighten the cake but to leave an unpleasant bitter or soapy taste in the mouth.

I have always felt many chocolate cakes taste soapy and thought chocolate must be alkaline to contribute to it. It was not until later did I realize these soapy tasting chocolate cakes had too much baking soda in them without an acid to neutralize it.

Some baking texts say that baking soda is used to balance out the acidity of the chocolate. It is really not the main reason because chocolate is not particularly acidic and humans are more receptive to acidic than basic taste. Lemon cakes don’t need baking soda, so why would chocolate cakes need it?

Many chocolate cakes on the market usually contain baking soda because it makes the chocolate cakes look darker without using too much chocolate to cut cost. Some bakers even add black food coloring in addition to baking soda in chocolate cakes and brownies. Forgive me but I think these blackened cakes are no longer beautiful and have lost all visual appeals. 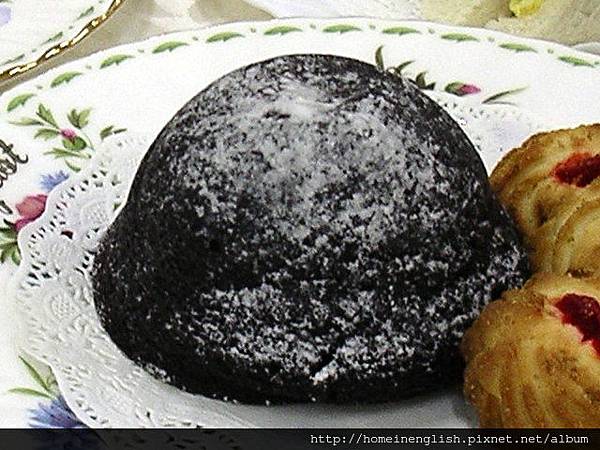 Baking soda should be stored in a dry cool place or it will lose its potency. Here is how to check: take a little bit of baking soda then add about 8 times white vinegar in a bowl, bubbles should form immediately. Otherwise, the baking soda has lost its potency.

Note: there are many folk remedies involving the use of baking soda. For example, pain reliever, cleaning solutions, washing vegetables/fruits, or even washing the face with it. Although it is non-toxic but it doesn’t mean it works with everything. Baking soda can only neutralize an acidic pesticide. You should ask for a medical doctor’s advice if you plan on ingesting baking soda as a medication.

Baking powder is now the most common leavener for cakes.

In the early days, baking powder and cream of tartar were packaged separately to prevent them from reacting with each other too early if they get wet. With the advanced packaging, air moisture is no longer a concern of making the baking powder reactive but some corn starch is still added as a buffer to absorb moisture.

Double-acting baking powder works because it contains several acid salts. One of the most effective is aluminum salt (like borax). This is the reason why people question about the safety of baking powder but not baking soda.

Aluminum has been linked to the cause of Alzheimer’s disease. Many people have been avoiding using anything that contains aluminum like aluminum pots and pans.

Baking powder should be kept in a dry cool place or it will lose its potency. Here is how to check: sprinkle 1 teaspoon of baking powder in half a coup of warm water. If it bubbles immediately, it is still good to use.

Chinese pastries usually use ammonia bicarbonate (baker’s ammonia) as a leavener. It works well to produce gas but the byproduct is ammonia. Ammonia reacts with water and leaves a foul smell in recipes that call for large quantity of water. Therefore, ammonia bicarbonate is only used in pastries like the fried dough or walnut pastry that require small amount of water along with some baking powder or baking soda to achieve the leavening effect.